The WARGS or the Winchester Association of Roleplayers and Gamers are a Real Life society who have fed many of their members into the Anti-Cliché and Mary-Sue Elimination Society.

The WARGs meet in the basement of the Royal Oak pub in Winchester for a nice lunch, lots of fun debates and of course plenty of gaming, mostly board and card games. There are also meetings in the University, but the major meet-up is on Saturdays.

Such a deep education in varying fantasy, historical and sci-fi roleplaying backgrounds have made for several fine members of the Society, including Tash, one of the ACMSES founders.

The WARGs' mascot is Cthulhu, which takes physical form as a large green fleece hand puppet complete with limbs and tentacles. Other temporary/tertiary mascots have included Chibi Cthulhu (a small green Cthulhu plushie owned by Red) and Blue Cthulhu (a larger blue Cthulhu plushie with poseable wings owned by Alice).

This adoration of their mascot have made the WARGs chase Lil' C at times. It is hoped that the infant Old One appreciates the attention lavished on him if he ends up in their hands.

WARGs is pronounced to rhyme with par (as in golf), or tar (as in the sticky stuff). “Waaaaargs.”

It is not pronounced to rhyme with war (as in fighting), or door (as in thing you open). There will be a unanimous correction from all members present if it is pronounced wrongly.

Honorary members are people who have attended a meeting in Real Life. It doesn’t really take much for the WARGs to start chanting ‘One of us!! One of us!!’ and that’s practically all one really needs. 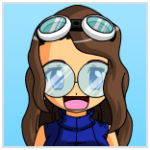